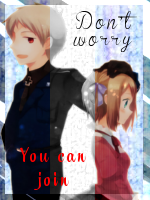 Learn More | Discord | Link Back The end of the Sixth Grail War sparked a tragedy far worse than any recorded in the long history of magecraft. As was often the case, the victorious master had seen through the guise of the Grail. It was not omnipotent. It was not holy. In a desperate bid to rid the world of one of its great evils this master did what many before him had done and ordered his servant to destroy the grail. Attempts in the past had led to the destruction of the lesser grails, but this time the Greater Grail itself was damaged.

Alas, the Greater Grail was damaged, not destroyed, even at the cost of the lives of that final master and servant. Rather than the world being rid of the Greater Grail for all time, the world as we knew it was brought to its end by the Greater Grail. The explosion that should have destroyed it instead merely broke it into innumerable pieces and scattered them to every corner of the world.

Though each shard was nowhere near the power of the full artifact, any large enough piece retained enough power to summon a Servant. Within days the world was in chaos. The rule of secrecy that governed modern magecraft was destroyed overnight by the summoning of hundreds of Servants across the globe following the event know as The Shattering. While some were summoned by competent Masters that could keep them grounded, others appeared with far more selfish ends in mind. Old kings and conquerors emerged and made claims on what was their territory. Long dead legends returned from the grave to declare war on the ancestors of their enemies.

Will you step forward and save humanity, or will you crush them beneath your boot? Infinite possibilities exist in this final Grail War!
Top
Post Reply
1 post • Page 1 of 1

Users browsing this forum: No registered users and 1 guest